Is My Money Safe In A Credit Union? 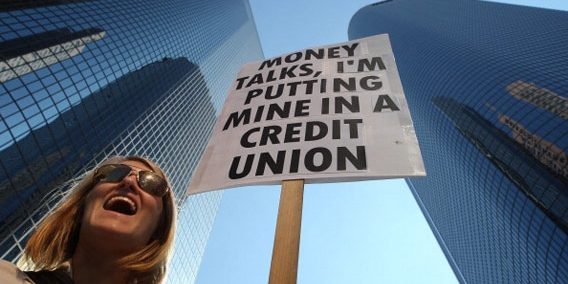 When you give your money to a bank or credit union, you are putting a great deal of trust in that institution. Few things are as terrifying as the thought of never getting your entire life savings back.

So, is your money safe in a credit union, even in the event of a worldwide financial crisis?

The short answer is yes; recent financial history shows that your money is safe in a credit union.

In the world of finance and money, tough times come and go, but few times were tougher for ordinary Americans than the Great Recession of the late 2000s. The reported unemployment rate reached 10% by late 2009 and the value of almost everything, from homes to retirement funds, declined sharply.

Previous financial crisis included the sad spectacle of millions seeking to take their money out of unprepared banks, and were turned away.  Many never got their money back. But during the crisis Great Recession of 2007 to 2009, no individual small depositors lost their savings during the crisis and all deposits were protected by the insurance that credit unions carry.

The credit union industry was prepared and depositor safety was a top priority.

The vast majority of credit unions insure depositors with insurance issued by a federal agency called the National Credit Union Administration, or NCUA. The NCUA issues coverage through the National Credit Union Share Insurance Fund, which protects depositors up to $250,000. This insurance covers the checking and savings accounts of depositors and provides confidence in the credit union industry.

To be sure, there were financial failures during the Great Recession, but the run on banks was further up the financial ladder. Banks that had made thousands of home loans were at risk when defaults on those loans began to rise. The loans had been packaged in to investments for sale, and when institutional investors began to demand their money from banks like Lehman Brothers, because they feared such banks held too many bad loans that were not going to be paid back, the crisis was born. But because credit unions are not participants in these kinds of transactions, and because of depositor insurance, credit unions performed well during the crisis.

Again, credit unions did not put their member’s money at risk during this period either.

Credit unions are, by design, smaller, simpler institutions that are member-owned and exist to serve those members with basic banking services and small loans. If you place your trust in a credit union, you can rest assured that your money is safe and you will get it back when you are ready.